I get asked this on a daily basis as a skincare company executive. No, I do not strictly use my company's products. Yes, I truly believe in them. However, as a former Sephora cast member, there is absolutely no way I could ever just use one brand's products. There are too many to love! And these choices of mine will probably change in another month! 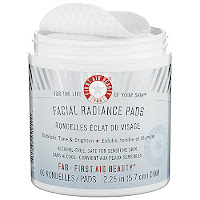 I love the feel of this Sunday Riley Ceramic Slip cleanser. I don't know that for $45 I would pick it again, but it's been a nice change. I'm super oily & acne prone, so it works for moi.

Got to have exfoliation in your routine - I use my Clarisonic about every other day, so I need some gentle exfoliation & brightening on the other days. Representin' F.A.B. with Facial Radiance Pads! Try them, I promise you'll love them.

I am a huge Kate Somerville fan. I really like her Dermal Quench, but it's a bit pricey to buy both that & the CytoCell P299, so I had to choose one or the other during the last Sephora V.I.B. (discount) event. This CytoCell serum is lovely - great for fine lines & texture.
Also, I love Caudalie as a whole & this moisturizer has been great for my oily, redness-prone skin. No bells & whistles, just moisture & antioxidants. This is a product I've repurchased more than once. Always a good sign. 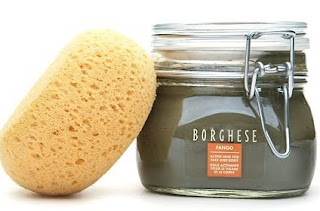 Finally, the mask/special occasion treatment. We all need one of these for that stressful day or upcoming event. Borghese is a classic - I did a lot of research & chose their Fango active mud mask. It's worth the price tag & lasts FOREVER. The sponge is key for easy removal. This big guy travels with me on long trips. In fact, I plan on using it tonight here in Columbus, OH.

A weekend tour of Louisville

Recently my work has taken me all around the midwestern part of the US,  & this weekend found me in Louisville, KY. It's the second time I've visited, & this time around my sister joined me for some entertainment & food. Mostly it was about the food & booze.
We stayed at the 21c Museum Hotel in downtown. It's super highly rated, & very 'cool.'  Lots of red plastic penguins slinking around, a modern art gallery in the basement (with installations throughout the hotel itself) & other odd touches to create a hip environment. While we were looking at the art gallery, L mentioned that a man was looking at our luggage we had abandoned inside the doorway of the exhibit - must have thought it was 'modern art.' It's always nice to be in a great hotel though, so I'd recommend it to a friend. 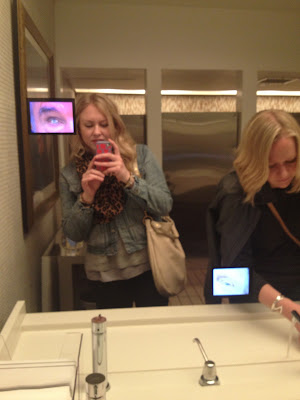 The public baths are quite the attraction - little videos on the mirror of blind dart-throwers' eyes. Hey that one there kind of looks like Kurt Russell! Also two way mirrors so those on the inside can see out, but Peeping Toms can't see in. 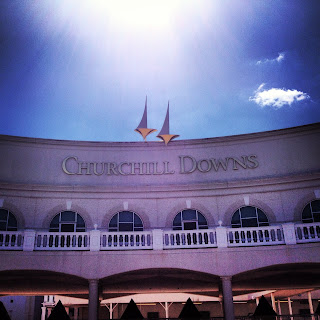 We, of course, went by Churchill Downs for a tour, which my sister noted was looking pretty worn down. We actually hit up Keeneland in Lexington for actual races & I really liked their track. Felt very open & old school. Plus it was full of action, so I'm probably biased on that decision.

The food! We actually didn't get to as many places as we'd have liked. The city shut down for the Thunder Over Louisville airshow/firework spectacle of craziness, which prevented us from doing so. Next time!


Hillbilly Tea was amazing. We had some great tea-infused liquor and southern-style farm-to-table food. Also on the trip, I enjoyed my first real introduction to juicing. Lauren took me to LIFEbar, which is amazing. My green drink healed a hangover & a green avocado smoothie blew my mind.


Speaking of the Thunder... 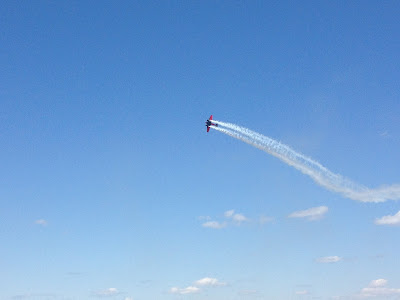 And it wouldn't be a trip to KY without a little bourbon, right? We started our Sunday with brunch at an old house in a cute, quaint town that was DELICIOUS. True southern hospitality, as well. Then we headed into horse country to see the wide, fenced-in fields of bluegrass & sip some bourbon at Woodford Reserve. I cannot explain how beautiful it is. We kept commenting that the countryside here is so perfect it may have all been fake. I'm no expert bourbon drinker, but L liked it quite a bit.


Then, as mentioned earlier, we had a horse track to get to!
So there you have it! L went back to the midwest, and I am continuing to travel on through Kentucky & Ohio.

Until next time, gotta go BUFFALO.
Posted by Piper Jacquelyn No comments:
Email ThisBlogThis!Share to TwitterShare to FacebookShare to Pinterest

Update from the road...

A lot of the same here - hence no real update last week. HEY HEY! Look, it's me! Did you miss my face? How do people take pictures of themselves? This took me, like 4 tries. 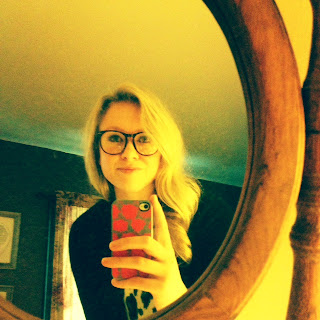 Got some glasses - Con hates them. Thinks I'm trying too hard. Welll, I guess I'm doomed to a life of trend-free style, ha ha. What else, what else? Ah, the family I'm squatting with had a St. Patrick's day party. I contributed these (obviously amazing - look at them) cupcakes. 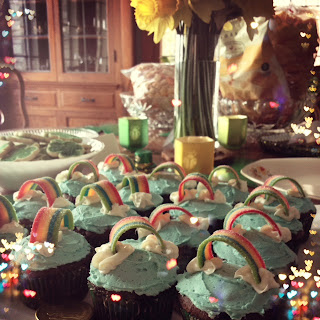 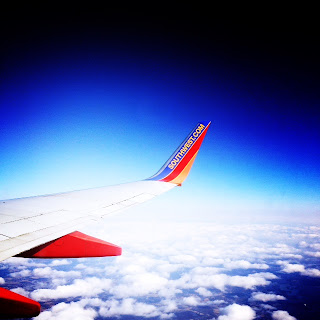 Travel continues...last week Pittsburgh (seemed cool enough), this week: Detroit! I like to think of the roads here like the Autobahn (I think I hit 89 mph today) - it's one broke-ass city, so I'm guessing the lack of police presence is due to a lack of funds to pay for them. Next week it'll be Indianapolis, a city I've never visited...contain your excitement, please.

Well, I signed my dog up for a monthly box subscription. I can't quite justify jumping the gun on one for myself, but Lola...that's another story. Although,  it's absolutely for me too. 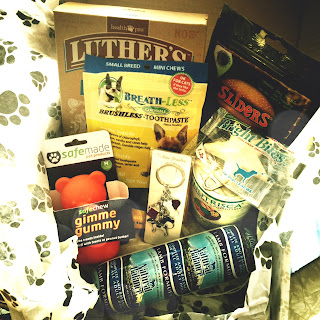 I chose to go with Spoiled Rotten from Pet Flow. It's really amazing & a great value - the first month was only $19.99 ($24.99 after). Sure, you could run to your big box pet retailer & get items to give your pup, but there is something quite lovely about receiving a snail-mail box of things you'd never even realize existed. Or maybe didn't think your four-legged friend would enjoy. I know that I assume she's into certain things. 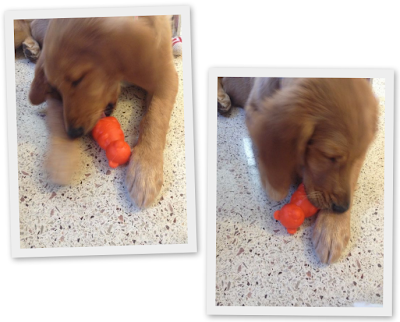 WELL COLOR ME SURPRISED! Lola likes hollow plastic bear-shaped toys! And, as I've nicknamed them, Sleepy Treats! Then again, she also enjoys eating fur clumps & dryer sheets. To each their own.

I highly recommend this box - I read reviews & am happy we chose it. Lola-approved, & Con was even intrigued (he generally approaches what I deem exciting with the enthusiasm of a geriatric at an AC/DC concert).

You can order one for the furry creature in your life here: SPOILED ROTTEN

PS...Lola is really obsessed with hollow bear. BFFs.
Posted by Piper Jacquelyn No comments:
Email ThisBlogThis!Share to TwitterShare to FacebookShare to Pinterest

My effort to have a blog has been a bit of a failure. However, some things have changed - namely, I moved away from Nebraska, so I'm attempting to get back into this thing. Mostly I thought it'd be a way for my family to see what I'm up to - a good way for them to waste a few minutes of their day.

With that I'll get back to it! Some pics of what's been happening in my life lately - rather than type it all up. 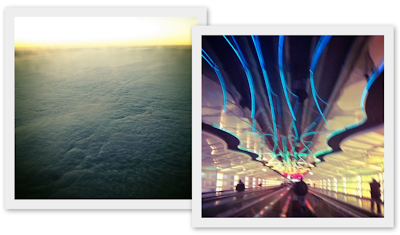 LOTS of travel - I spend a large majority of my life flying over Lake Michigan or slinking through O'Hare International (note: while I do enjoy O'Hare's neon light show, I'm kinda feeling the Detroit effort is a bit more entertaining - if you've walked through both, you know what I mean).

Lola, who is now 5 MONTHS OLD!, is definitely the center of the universe. And it's winter in Wisconsin, so I'm learning to ice skate. Also, we've encountered more snow creatures in this city than I've ever seen in my life. Here is C with the Snow Pope in St. Francis @ the seminary. Maybe he'd be a good candidate for Pope. Looks like a happy guy.

Piper Jacquelyn
Midwestern, United States
....traveling the midwestern wilds to share the gift of skincare + have a little fun along the way.